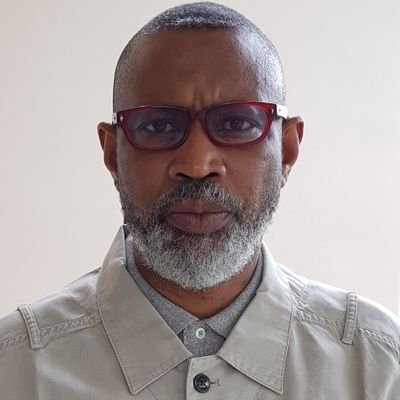 In this piece, professor of Political Science, Femi Mimiko, mni, writes about significant progress amid the need for caution in Rwanda.

A lot has been written on Rwanda, including how differently the Western world reacted to that blight on human civilization that was the genocide of 1994, and its equivalence in the Balkans. Former US President Bill Clinton was man enough to later admit that failure to lead the world to put an immediate end to that incidence, was one of his greatest regrets. While the world watched, the lot fell on Paul Kegame and his Rwandan Patriotic Front to move in from the bushes, and stop the genocidal madness. The man led his country away from the horrors of that experience; now to the status of one of the most performing newer states in the world. Much more has been written on the new Rwanda, and the phenomenal transformation taking place in this country of some 12 million people. Last week, I stumbled upon and read a number of such write-up, and thought it needful to also put across my own experience with, and thoughts on what is undoubtedly becoming the Rwandan miracle.

Mid-2015, I was in Kigali, on the invitation of the trio of Meles Zenawi Foundation (named after the former Prime Minister of Ethiopia), African Development Bank (AfDB), and the governments of Rwanda and Ethiopia. It was a colloquium in honour of Zenawi, an ideological soul mate of President Paul Kegame. In attendance were the Rwandan president himself, the former Prime Minister of Ethiopia, Hailemariam Desalegn, the Vice President of Ghana, and outgoing president of AfDB, Donald Kaberuka. A few other highly placed leaders from across the continent were also present, including of course, the widow and children of the late Zenawi. It was a one day, all plenary event, and yours sincerely was on a panel that included Jendayi Frazer, former US Assistant Secretary of State for Africa, the former AfDB President, and two others. The theme in discussion was the “African Democratic Developmental State.” The summary of the interaction, which is really not the subject of interest here, was that in the light of the configuration of extant global system, the African state needed to build its capacity, so as to be able to effectively lead the developmental agenda on the continent, going forward.

The Kigali conference started on the dot of 9.00AM, as advertised on the programme. It ended at about 8.00PM, with 15 minutes of coffee break, and one hour of lunch. As expected at such events, the Kigali gathering came with a very elaborate opening ceremony. The big story, however, is that the conference, or at least a key participant thereof, deviated from the usual. Usually, at such events, after the opening razzmatazz, virtually all important state officials, supposedly attending the conference, take their leave; such that only the panelists and a few inquisitive participants, are left to talk to each other. Don’t ask me why we do not seem to get much from such events, on which so much money continues to be spent across the continent, especially here in Nigeria. What else do you expect when those at the driver’s wheel of development are the ones whose seat go empty at such gatherings immediately after the opening ceremonies? Kigali 2015 was different, and it was one president that made the difference. From when the conference opened at 9.00AM, till it closed at 8.00PM, Paul Kegame was there with us! And he was not just there to observe. Rather, he actively participated – listening, asking questions, and taking notes! These were thoughtful questions that sounded like, to paraphrase him, ‘What the first panelist has just outlined is akin to what we tried to do in Rwanda years ago; unfortunately we did not get the type of impressive results you just spoke about. Where did we go wrong, and what were we supposed to do that we left undone?’ Equally impressive was the fact that the Rwandan president was in attendance with his wife, and if I recall correctly, a daughter of his too – the gangling lovely trio, you may want to call it.

I have not been able to live over this experience. I cannot also stop talking about it. By the nature of one’s calling, I have been privileged to be a part of so many conferences, all across the world; but Kigali 2015 was unique. It was for me the first, and thus far, the last time I was seeing the highest official of state fully participating at one. With such dedication at the highest level, is it any wonder that Rwanda is turning out to be today’s development practitioners’ delight? It speaks to seriousness in leadership. It speaks to vision. It speaks to courage, courage to break fallow grounds in search of enduring results. It also, in a way, speaks to humility. It was, as it were, a denunciation of the aloofness and emptiness that define leadership all over Africa, where many a leader coasts around on a false and putrid conception of their role in governance.

The foregoing also brings to the fore, once again, the debate on leadership and institutions. The suggestion that what Africa requires to get out of the woods are strong institutions rather than strong leaders was aptly conveyed by Barack Obama in Ghana in 2015. Yet, the former US president can only be correct to just an extent. For, in the context of the deficit of institutions that Africa emblematizes, the agency of strong leadership, in reconstructing society, cannot be overemphasized. This is what is required to engender and nurture institutions, i.e., a general and unimpeachable acceptance of the primacy of rules, laws, and established procedures for state, society, and private actions and interactions. Such can only be catalyzed by strong leadership; but one that comes with the requisite vision, courage, capacity, and social commitment. This is the nature of the structures countries nurture for systemic stability and effective governance. The transformation underway in Kegame’s Rwanda is a good reference material in this regard.

This is a man who took control of Rwanda, or more appropriately, its carcass, after the genocide of 1994, while the entire world looked away as the country literally bled to death. He stopped the carnage; and rapidly created the basis for stability, upon which extant developmental accomplishments got predicated. Today, it is safe to aver that if Rwanda continues on this renewal and growth track, it may, in a not too distant future, become the foremost country on the African continent, as Kegame himself has actually predicted. Yet, good as these may sound, there are issues, which resolution are critical to the possibility of Rwanda fulfilling this laudable mission. The urge to bring this in into the Rwanda narrative is the second basis of this piece. Such critical realities can neither be denied nor glossed over by either Rwanda, or what, for want of a better term, I call the Kegame model.

It is to be noted in this regard that the ground for state failure is laid when a state sets out to create, nurture, and sustain a system of exclusion, of key segments in society, from the political and economic processes, with virtually no opportunities for access, penetration, or even cooptation. It is often preceded by exit from power, willingly or otherwise, of a caudillo (strong authoritarian leader), and/or cabal, wrapped all along in the cocoon of a redemptive mission, and in whom power is fully concentrated, yet living in denial of the place of a credible succession pathway. This is why some of the more stable polities around the world are invariably the ones that make the most robust provisions for social inclusion, and an inclusive and transparent system of politics – contestation for, acquisition, and exercise of power.

While the accomplishments in Rwanda since 1994 are noteworthy, therefore, the Kegame model must become genuinely inclusive of the peculiar aspirations, overt or latent, of the Hutu majority in the country. The suggestion that in Rwanda there is no more such distinction between Hutu and Tutsi, the type that could engender pre-1994 type of mutual suspicion and hatred, is constructed on shifty grounds. The assumption that narrow nationalist sentiments can be erased through mere democratization of welfare, is also false. In the context of commitment to nationalist sentiments, which globalization is making more evident, it is not just enough to create the basis for better livelihood in material terms for a people, a deliberate programme of accommodation of their particularistic nationalist aspirations must be built into the system to engender the stability requisite for national development. It is particularly so where the majority population is the one that may have reasons to feel marginalized, howsoever conceived. How rapidly Libya fell apart in spite of Muammar Gadhafi’s robust social welfare programme, is a case in point. What crises Cote d’Ivoire, for years Africa’s most stable economy, went through with Ivoirite, following the death of the pan-Africanist Felix Houphouet-Boigny, is also noteworthy. Every ethnic nationality in a multi-ethnic state desires to have its culture allowed a free reign. This cannot be seen to happen if any one of such national constituencies is either completely shut out of the scheme of things, or perfunctorily engaged.

Rwanda is essentially bi-national. The Tutsi ethnic nation, from which Kegame comes, at 14% of the population, is a negligible minority. The President has so far been the key player in the political firmament of his country since 1994, serving first as Vice-President and Defense Minister, but undoubtedly the de-facto president, before taking up the big job in 2000. In 2015, the sections of the constitution on term limits, were amended, such that made it possible for the incumbent to take a third term in 2017; and to remain in office, if he so wishes, till 2034! That alone, in itself, is hardly justifiable. It smacks of a drive in the direction of power concentration, and wanton abuse of institutional integrity. To assume that such a long reign of a single individual, and one from a minority group, in a country that once crumbled under the weight of ethno-nationalist antagonism, would just pass without notice by members of the Hutu who constitute 84% of the population, is to live in illusion. The onus is, therefore, on Kegame to set at a transparent programme of creating a critical mass from which a different individual, most reasonably a Hutu, must emerge president within the next few years. There is nothing that suggests Kegame must spend all the remaining number of years the amended constitution allows him. Cutting short on this long span in power would stave off rumblings from within and outside the inner recesses of power, guarantee stability in the few more years he has to spend in office, and increase the sustainability possibilities of the giant strides the country has made under him. These are the contours Kegame must carefully navigate, and in a manner that would make him live in the mind of Africans and Rwandans forever as a true nation builder. Anything short of that comes with much danger.