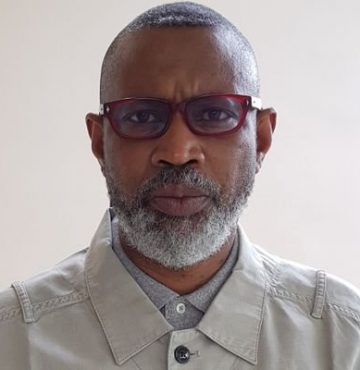 Prof. Mimiko has researched and published extensively in journals and books located in universities across the world, on diverse areas of political economy of development, strategic studies, international relations, and on economic and political transition in new social formations. His regional expertise is on Africa, East Asia, and Latin America. He has authored more than 100 journal articles and book chapters, and at least six books, among which is, Globalization: The Politics of Global Economic Relations and International Business, Durham, NC: Carolina Academic Press, 2012. Some of his more recent works are Getting Our Universities Back On Track: Reflections and Governance Paradigms From My Vice-Chancellorship, Austin, TX: Pan-African University Press (2017); and  ‘Democradura’: Essays on Nigeria’s Limited Democracy, Durham, NC: CAP (2017). He was for several years, Editor-in-Chief, Journal of Policy Initiatives; and continues to serve on the editorial board of several other academic journals.

The direction of Professor Mimiko’s research over the years has been in trying to build theoretical models through which he runs many of the newer States. The purpose is to apprehend the nature of the forces that are at play therein with a view to elucidating the direction and basis of their economic/political development processes. With globalization, such analyses also encompass the character of the international political economy, and how such continues to impact on the internal processes of these nations. All these are done with a view to apprehending what he calls the emulation possibilities of the more advanced political economies for Nigeria and the rest of Africa. His works, therefore, tend to hold extensive policy implications for governments, aid agencies, multilateral organizations, development partners, and civil society operatives. At the purely theoretical plane, Professor Mimiko has been able to achieve a synthesis as it were, of the key areas of disciplinary research on which he has focused these past years – International Relations, Comparative Politics, Political Economy, and Policy and Strategic Studies. He is a life member of the Nigerian Institute of International Affairs (NIIA), and the International Political Science Association (IPSA); and a member of the Institute of Public Administration of Canada (IPAC), among others.

As Vice Chancellor, AAUA, Professor Mimiko demonstrated great vision and capacity at transforming an innocuous State university into one of Nigeria’s leading citadels of knowledge and research. He worked in the direction of expanding the infrastructure profile of AAUA, reformed the work ethic, mainstreamed research, and deepened the integrity of the University’s academic programmes – all of which got appropriately accredited. As well, Professor Mimiko as VC prioritized capacity building across the entire spectrum of the University; expanded the scope of student support services and community engagement, and made AAUA a compelling partner for institutions that desired symbiotic engagement with a fledgling global academy in Africa. The academic calendar of the University ran unbroken for the five years Mimiko was VC. With abiding interest in university governance, including advancement, he also succeeded in building an alumni base for AAUA that is emerging as the fulcrum of non-governmental support for infrastructural development in the University.

On Prof. Mimiko’s watch, AAUA was rated by the US Transparency International Standard (USTIS) as the best State University in Nigeria, 2013. By the Joint Admission and Matriculation Board’s reckoning, it was the most highly subscribed State University in the Southwest of Nigeria in 2015. It was upon the completion of his tenure at AAUA, that Professor Mimiko was nominated by the National Universities Commission (NUC) to participate at the 10-month Senior Executive Course (SEC) 37, 2015, of the National Institute for Policy and Strategic Studies, Kuru, the country’s flagship think-tank. He was a Delegate to the 2014 Constitutional Conference, where among others, he was interviewed on a BBC live programme on his advocacy on the right to bear and use firearms as panacea to growing insecurity in Nigeria. Mimiko also had a one-year stint as African and African-American Studies Associate at Harvard University, Cambridge, MA, USA (January 2016 to January 2017); and returned to his professorial chair at OAU – the very first to be held by an alumnus of the Department – in January 2017.

Femi Mimiko has served as Consultant on development issues to a number of local and international agencies. He is a public policy analyst and has written, at different times, for newspapers located in and outside of Nigeria. An accomplished keynote speaker at conferences, Mimiko in March 2011 gave the Keynote Address at the University of Texas at Austin, Austin, TX, USA, Africa Conference, on “Africa in World Politics.” He has presented invited papers at several scholarly gatherings, among which were the Meles Zenawi Symposium on the African Developmental State, Kigali, Rwanda, Aug. 27, 2015, organized by the Meles Zenawi Foundation, African Development Bank, and the Rwandan Government; and the Association of Vice Chancellors of Nigerian Universities (AVCNU) Conference of November 2013, at Federal University of Technology, Akure (FUTA). In November 2017, he was a lead paper presenter at the ‘2017 Beijing Forum,’ which held at Peking University, Beijing, China. He was also Keynote Speaker at, among several others, the June 2019 National Conference of the Population Association of Nigeria (PAN), held at Obafemi Awolowo University, Ile-Ife, Nigeria; the July 2019 Ife Summer Institute, OAU; the Oct. 2018 AANI National Dialogue, Nigerian Army Resources Centre, Abuja; the August 2018 Ninth Registry Public Lecture, FUTA; the May 2018 Public Affairs Section, US Consulate General, World Press Freedom Day Colloquium; and the June 2018 Department of Economics, University of Lagos Conference. He was a panelist at the Canadian Association of African Studies (CAAS) Conference, Kingston, ON, Canada, May 2018, where he spoke on climate change; and had given the Convocation Lecture of the Institute for Security Studies, Department of State Services, Abuja, Nigeria, December 2014.

A 2012 alumnus of the Kennedy School of Government, Harvard University, Cambridge, MA, USA, Professor Mimiko was conferred with the ‘US Army Commander’s Public Service Award,’ at the US Military Academy, West Point, NY, USA, on June 1, 2004. He is also a winner of the ‘University of Texas at Austin Africa Conference Distinguished Public Service Award,’ 2011; and the University of Ibadan, Ibadan Cultural Group/Toyin Falola International Conference for Africans and Africans in the Diaspora ‘Africa and the African Diaspora Excellent Leadership Award,’ 2013. He is ‘Commander of Great Ife,’ an award conferred on him by the OAU (Great Ife) National Alumni Association in 2010. In November 2014, the Òsemàwé and Paramount Ruler of Ondo Kingdom conferred on Mimiko, ‘The Òsemàwé Royal Award,’ the first in Ondo Kingdom’s 500 years dynastic history; and went ahead to install him the Gbobaniyi of Ondo Kingdom – (the one who, by their conduct and character, elevates the monarch, his Palace and kingdom) – January 19, 2019.

Happily married to Bosede Mimiko, an Economist and Lawyer, and blessed with two (adult) children, Professor Mimiko’s most important hobbies are ballpoint collection, photography, gardening, and working out. He is also committed to honing his modest skill in the game of golf; and on the violin.