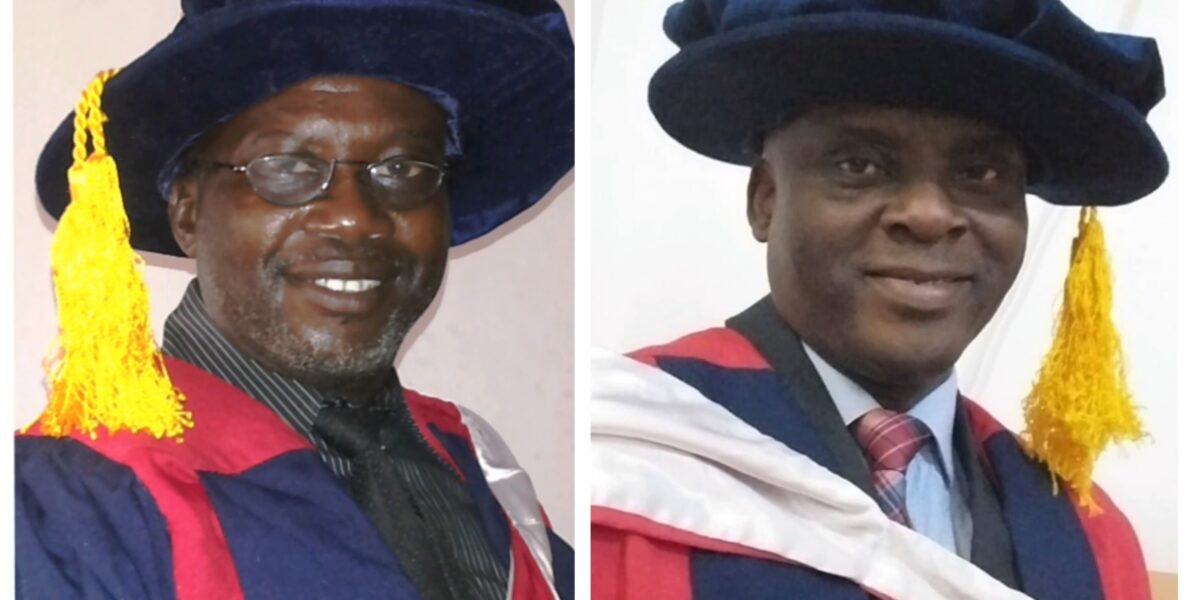 The stock of staff in the Department of Political Science has continued to soar with recent additions to the list of scholars who have reached the pinnacle of the ladder. The University’s Appointments and Promotions Committee (A&PC) at its meeting of 21st December 2022 announced the promotions of two former Heads of Department, Drs Olu Awofeso and Olugbemiga Afolabi to the rank of professors with effect from October 2020 and 2021, respectively. With the new pronouncements, Professors Awofeso and Afolabi join Professors Femi Mimiko, Olajire Bamisaye, A. Sat Obiyan, and Sunday Akindele as the Department’s leading lights across different sub-disciplines of Political Science.

Professor Awofeso (pictured, left) joined the Department in June 2008, having previously worked as a lecturer at the University of Uyo, Akwa Ibom State. He holds BSc, MSc (University of Lagos), and PhD (University of Port Harcourt) degrees in Political Science. A widely published scholar with specialisation in Public Administration and Nigerian Government and Politics, Prof. Awofeso has served in different capacities within the Department at different times, including as Examination Officer, Chairman of Postgraduate Seminars, and Head of Department (August 2013 to July 2015).

An alumnus of the same Department where he bagged BSc, MSc, and PhD degrees in Political Science, Professor Afolabi (pictured, right) joined the Department as a lecturer in March 2007, following a glittering career as an administrator at the OAU Teaching Hospitals Complex, Ile-Ife. He has published extensively, particularly in the areas of electoral and democratic studies; he is widely travelled to continents of the world on research and other scholarly engagements, utilising many fellowships and grants. Prof Afolabi has also served in different capacities within the Department, including as Postgraduate Coordinator, Examination Officer and as Head of Department (August 2020 to July 2022).